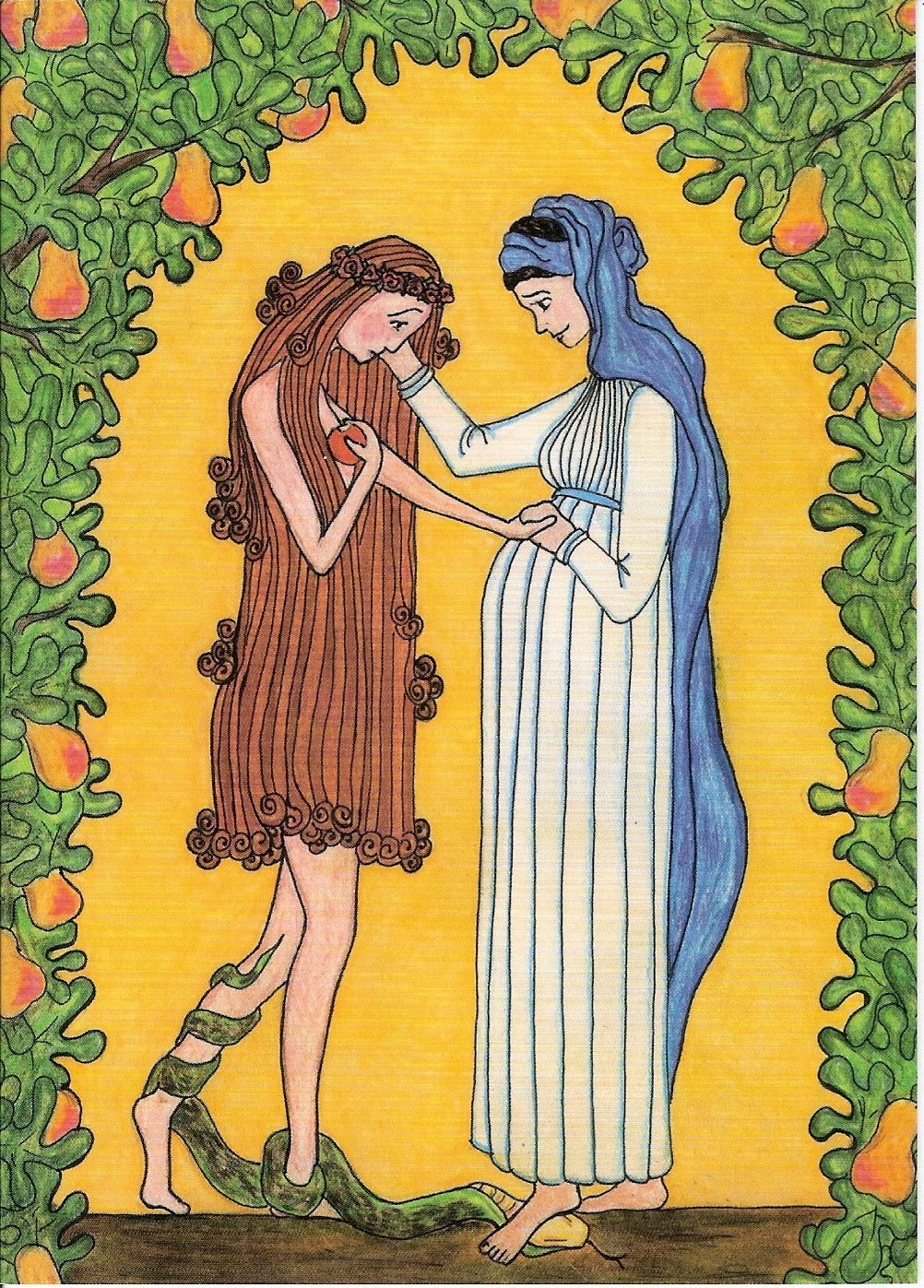 The Orthodox Church honors St. Mary, the Mother of God, as more honorable than the Cherubim and more glorious, beyond compare than the Seraphim. We call her the “Theotokos”, which means “God-bearer” in Greek. We begin our Divine Liturgy by honoring the Theotokos, and through her, we exalt the Father, Son and Holy Spirit, and praise our Lord Jesus Christ, who became incarnate of the pure Virgin.

The beautiful Manitho of St. Severus includes the Holy Theotokos at the very beginning of the Syriac Orthodox Divine Liturgy, and unequivocally declares our theology.

In the Qolo from the Wednesday Evening (Ramsho) Prayer of the Syriac Orthodox Church, we proudly sing:

Watch a short video with icons and pictures prepared to complement this blog post:

Many of us might not know that St. Mary is symbolized in the Old Testament. The writings of the saints and our liturgical prayers testify to this understanding of Old Testament prophecies and events.

Let us focus now on a few examples:

“Mary the virgin is found obedient, saying “behold the handmaiden of the Lord; be it unto me according to your word.”  In contrast, Eve was disobedient. For she did not obey when she was still a virgin…Having become disobedient, she was made the cause of death, both to herself and to the entire human race. Correspondingly, Mary, who was also a virgin (although betrothed  to a man), by yielding obedience, became  the cause of salvation, both to herself and the whole human race…This demonstrates the corresponding reference from Mary back to Eve…So it was that the knot of Eve’s disobedience was loosened by the obedience of Mary.  For what the virgin Eve had bound fast through unbelief, thus did the virgin Mary set free through faith”

This Feast of Dormition, let us honor the Mother of God, the second Eve who loosened the disobedience of the human race. Let us declare that she is indeed the Theotokos, the mother of the God and through her we become eligible to be reconciled with the Lord God.

May her prayers help us, now and always and at the time of our death.  Amen.