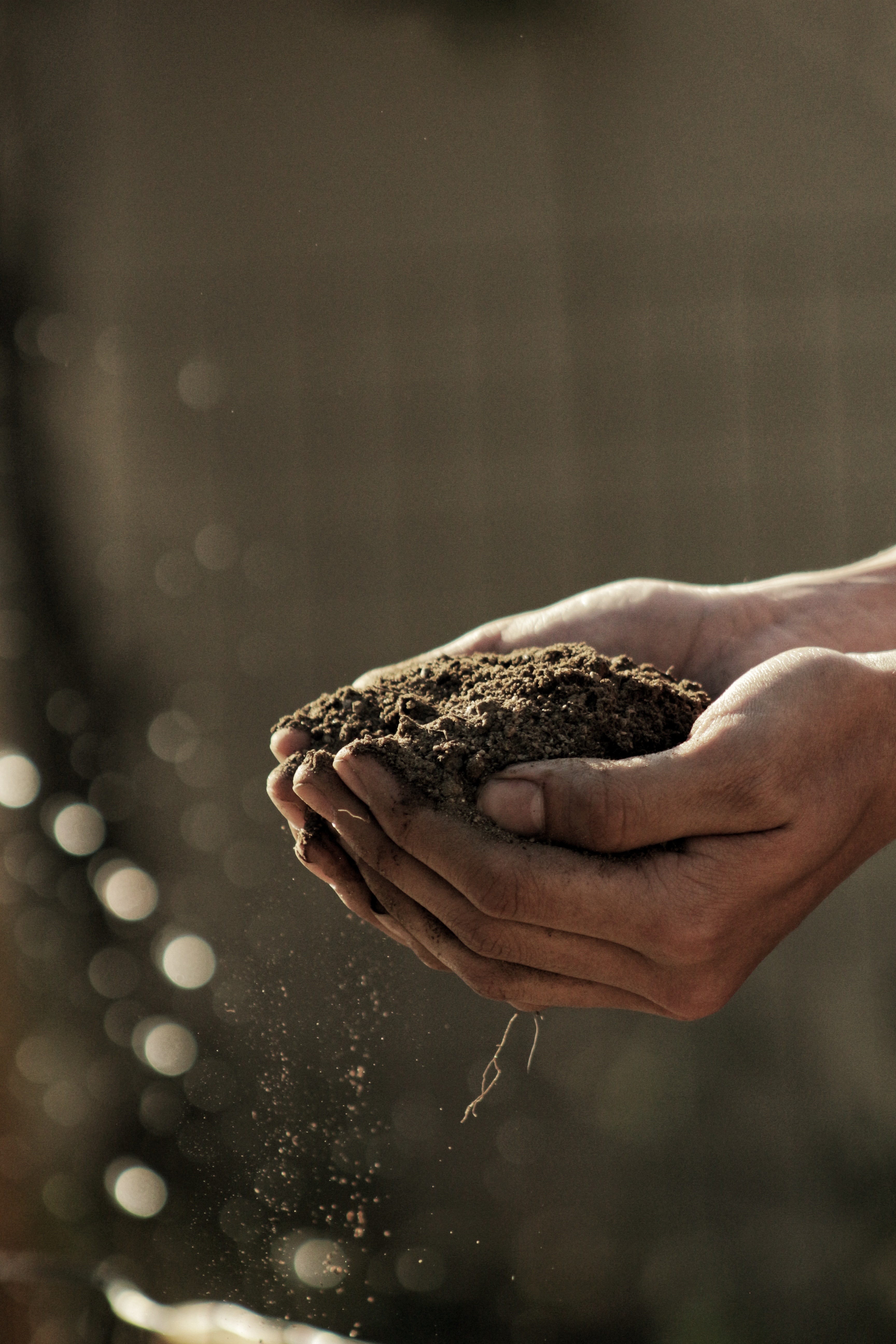 “For everything in the Orthodox Church points toward a way of life; the Church is connected to all aspects of life.”

Orthodoxy is an ocean without shores. Such magnanimity cannot be confined within the four walls of a church building. Reducing orthodoxy to a few performative rituals is the greatest distortion one could possibly make of it. Orthodoxy is not a religious ideology but the most organic lifestyle initiated, practiced and traditioned to us by Jesus Christ for the integral healing of human beings and the wider creation. There is not a single aspect of human life and ecosystem which Orthodoxy does not encompass. A genuine inculcation of this lifestyle would lead us to the cross of Christ where we would discover our true life which is “hidden with Christ in God” (Col 3:3).

Organic Orthodoxy envisions to theologically engage with the social evils of the world that strive to upend the divine order and impede the realization of the reign of God on earth.

As a gesture of reverence towards St. John the Baptist, Christ begins His ministry only after the demise of John. Interestingly, the opening words of His ministry are; “Repent, the Kingdom of God is at hand” (Matt. 4:17) the very same words with which John began his ministry (Matt. 3:2). So today’s Lection (Matt. 4: END_OF_DOCUMENT_TOKEN_TO_BE_REPLACED

A mob is the metastasized version of individual anger and frustration. It’s an amorphous entity having no permanent principle of its own. It’s highly manipulative in nature. One day it shouts “𝘏𝘰𝘴𝘢𝘯𝘯𝘢” and the next day it screams “𝘊𝘳𝘶𝘤𝘪𝘧𝘺”. The best way to commit a crime is to do it as a mob where individual END_OF_DOCUMENT_TOKEN_TO_BE_REPLACED

John the Baptist was executed for speaking truth to power. He exposed the illegitimate and incestuous relationship of Herod with Herodias, his brother Philip’s wife (Matt. 14:4). That the slaughter of John the Baptist occurs in the midst of a sensual dance is indeed significant. It conveys that anyone who tries to disturb the intoxicated END_OF_DOCUMENT_TOKEN_TO_BE_REPLACED

The Economy of Salvation is a marital mystery. The Passion of Christ is the greatest paradoxical revelation of love wherein Christ the bridegroom dies to give life to His bride the Church. The Cross is the wedding feast where the bridegroom Himself becomes the food for His bride. As St. Jacob of Serugh writes; “Who END_OF_DOCUMENT_TOKEN_TO_BE_REPLACED

As disciples of Christ our affinity shouldn’t be restricted to a particular place/people but should stretch “to the ends of the earth” (Acts 1:8). The entire world is our home and family (Gal. 6:10). Christ comes into the world as a stranger to shatter our confines of family (Matt. 10:35-36). Right from the beginning we END_OF_DOCUMENT_TOKEN_TO_BE_REPLACED

The Church today commemorates the massacre of the Holy Infants. The pathway of the birth of Christ was drenched by the warm blood of many infants who were not caressed and breastfed to their parents’ content of heart. What led to this was the parochial wisdom of the “wise men”. Disregarding the star at the END_OF_DOCUMENT_TOKEN_TO_BE_REPLACED

To the slothful, the first seventeen verses of the Gospel according to Matthew might appear an absurd series of who-sires-whom yet for the diligent they are an absolute theological treat. The very phrase with which the Gospel begins – Βίβλος γενέσεως (Book of Genesis) takes us all the way back to the first book of END_OF_DOCUMENT_TOKEN_TO_BE_REPLACED

Christ the discarnate 𝘓𝘰𝘨𝘰𝘴, by becoming a fully material human being unveiled the redemptive potential of matter. Christ through His earthly sojourn hallowed the land by walking on it, sanctified the waters by His baptism, and purified the air by His crucifixion. It is plausible that the Saviour of Creation might have chosen Joseph the END_OF_DOCUMENT_TOKEN_TO_BE_REPLACED

Christianity is a faith young at heart for our Saviour is a youngster. In fact, the first martyr of Christ wasn’t an adult but nearly a two years old infant (Matt. 2:16). This underscores the reality that not only is Christian ministry unconfined to the boundaries of age but it begins really early. We thus END_OF_DOCUMENT_TOKEN_TO_BE_REPLACED

What a wondrous sight to behold! An extraordinarily rare biblical vignette in which the patriarchal voice is silenced (Zechariah has been struck dumb) and the greatest canticles of praise ever uttered by human beings are placed on the lips of two pregnant women. The reproductive power to which women were solely reduced to in an END_OF_DOCUMENT_TOKEN_TO_BE_REPLACED

The economy of salvation is so beautifully structured by God that it leaves us absolutely wonderstruck. Having chosen us before the foundation of the world (Eph. 1:4) God always desired – irrespective of our Fall – to reveal himself to us in His Son in our own form. Yet when He came to us we END_OF_DOCUMENT_TOKEN_TO_BE_REPLACED

Am I My Brother’s Keeper?

This was the first question posed by humankind to God (Genesis 4:9). The question stems from a pathological fear of the other. So one can clearly infer that our fall led to our individualization (isolated self) for we lost our personhood i.e. the ability to be in communion. We were incapacitated to reflect the image END_OF_DOCUMENT_TOKEN_TO_BE_REPLACED

The Annunciation to Zechariah is also commemorated as Parents’ day. Zechariah and his wife Elizabeth were so “righteous before God” (Lk 1:6) that God blessed them with a child whom they were specifically instructed to name John which means “gift of God” to make it obvious that God has truly acknowledged and rewarded their righteousness. END_OF_DOCUMENT_TOKEN_TO_BE_REPLACED

Traversing the crest and trough of life it is probable that our hearts may become hardened. Yet we should strongly refuse this temptation. We are to constantly keep our hearts moist with – to use the words of St. Isaac of Nineveh – “hidden lamentation and tears”. St. Irenaeus beautifully puts it; “Offer Him your END_OF_DOCUMENT_TOKEN_TO_BE_REPLACED

The Gospel of Mark is a rapid gospel for the transition between the narratives is quick. This is corroborated by the frequent occurrence (41 times) of the phrase καί εὐθὺς which means “and immediately.” Thus Mark’s Gospel is sometimes called “the breathless gospel.” The Gospel of Mark does not at all squander time but attributes END_OF_DOCUMENT_TOKEN_TO_BE_REPLACED

Something went wrong. Please refresh the page and/or try again.

Dayroyo Fr. Basil of the Syriac Orthodox Church holds a B.Div from United Theological College, Bangalore and an M.A. from St. Vladimir’s Orthodox Theological Seminary, New York. He also holds a Bachelor of Engineering from Nagpur University and has served in the National Council of Churches in India (NCCI), Nagpur. As of now he serves in St. Ignatius Monastery, Manjinikkara, Kerala.

Join us for our weekday Sh'himo prayers (Monday-Friday) 8:30pm EST / 7:00am IST. We will be doing Vespers and Compline using the Sh'himo (Book of Common Prayer of the Syriac Orthodox Church). The prayers will be displayed on the screen during the Zoom call, so you can follow along.
// 𝑹𝒂𝒅𝒊𝒄𝒂𝒍 𝑹𝒆𝒗𝒆𝒓𝒔𝒂𝒍 //
// 𝑴𝒐𝒏𝒔𝒕𝒓𝒐𝒖𝒔 𝑴𝒐𝒃 //