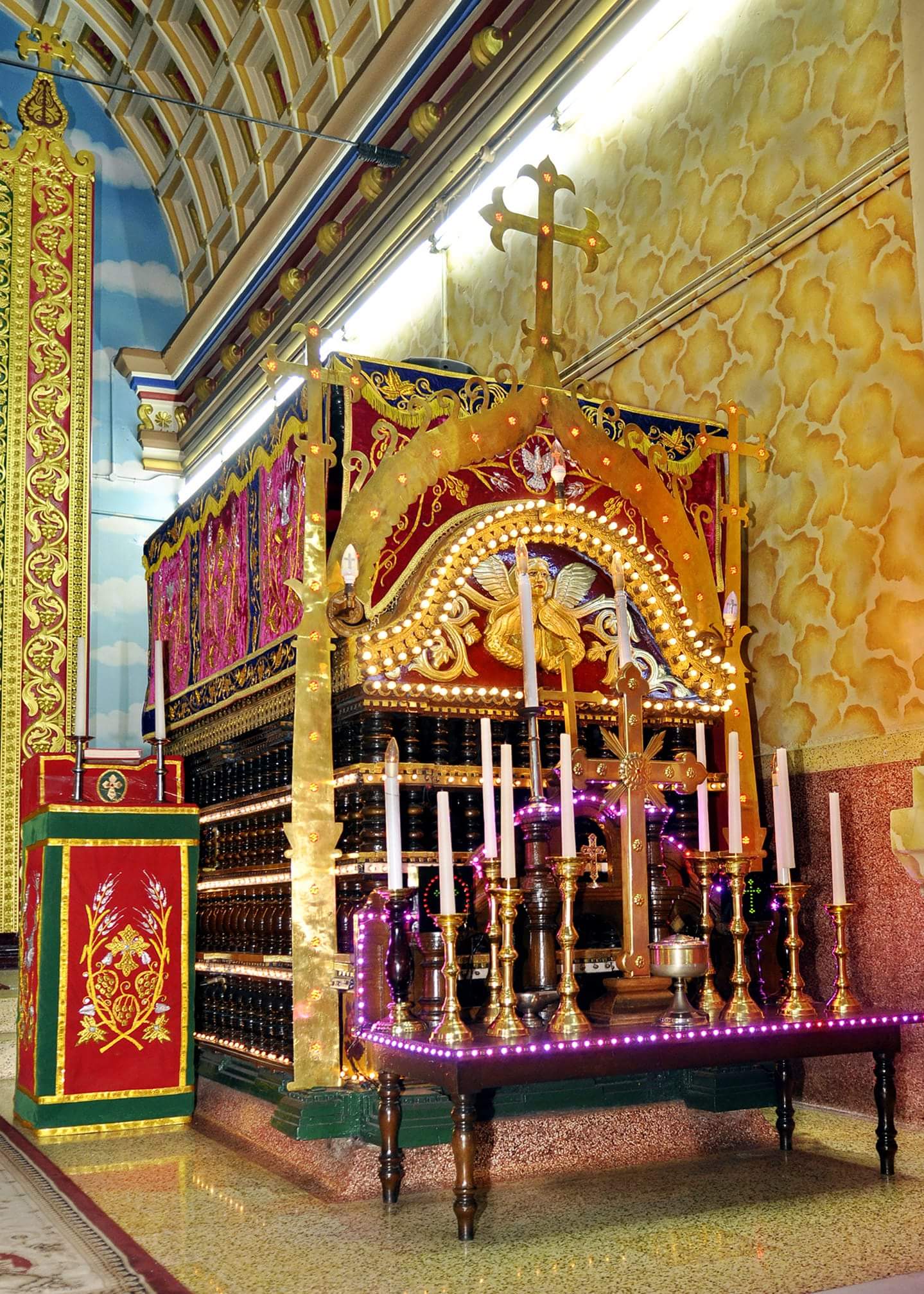 In this episode of our volunteer-driven research project “Walking The Way with The Saints”, we focus on Mor Baselios Yeldho, one of the beloved saints of the Malankara church, whom we commemorate on October 3rd according to the Syriac Orthodox Liturgical Calendar.

Sam Joseph from California presents us with his research into the life of the saint and how his life inspires us today to be firm in the True Faith handed down to us from Jesus Christ, and how even persecution and suffering should not make us give it up because “the gates of hell will not prevail against it”.

Mor Baselios Yeldho was the Maphrian/Catholicos of the Syriac Orthodox Church who lived in the 17th century. What makes him special is that he came to Malankara, India, to keep the Syriac Orthodox Faith alive and to protect it from the Portuguese Roman Catholic persecuters. He is entombed in the Kothamangalam Marthoman Cheriapally.

Situation of the Malankara Church in the 1600s

The 1600s were characterized by the cruel and brutal persecution of Syriac Christians by the Portuguese. Kerala was dominated by Portuguese colonizers who forcefully imposed their Roman Catholic faith on the Syriac Christians. That reached an extreme point when Mor Ahathalla, a bishop from the Syriac Orthodox Patriarchate, was brutally murdered by the Portuguese in 1653. Sadness and anger resulting from this resulted in the Coonan Cross Oath, where Syriac Christians assembled in Mattancherry, tied a rope around a stone cross, and took an oath that they and their future generations would remain faithful to the Syriac Orthodox Throne of Antioch. Within a decade, Mor Gregorios Abdul Jaleel (entombed at North Paravur) came and restored the pristine Syriac Orthodox faith. However, Mor Gregorios entered heavenly rest in 1671 and created a vacuum in the Malankara church.

The Patriarch at that time, Mor Ignatius Abdul Messiah I discussed this dire situation in Malankara with other bishops. Mor Baselios Yeldho, who was the Maphrian at that time, gladly volunteered to go to Malankara. This was a bold decision as he was above 90 years old at that time and the journey from the Dayro of Mor Mattai (named after Mor Mattai who we learned about a few weeks ago, the official location of the Maphrianate) in Mosul, Iraq to Malankara was not an easy one. Mor Baselios undertook a treacherous journey along with a few others. When they finally reached Kothamangalam, only two others were left along with Mor Baselios.

His Work and Impact

Even though Mor Baselios Yeldho lived only for a few days on the Malankara soil, he left a lasting impact on the Syriac Chrisitian community:

The church in Malankara is going through a crisis similar to the one in the 1600s. Syriac Orthodox faithful and clergy are being forced out of their own churches. Even Kothamangalam church is being threatened. Against this backdrop, Syriac Christians in Malankara did a Second Coonan Cross Oath at the Kothamangalam Church on October 6, 2019 where they took an oath again that they and their future generations would continue to remain faithful to the Syriac Orthodox Throne of Antioch.

Lessons To Be Learned

We can learn the following things from the life of Mor Baselios Yeldho:

May the intercession of Mor Baselios Yeldho be a fortress for us and for our Holy Church in these tough times!

Urho, THE WAY is an associate platform with Hymonutho